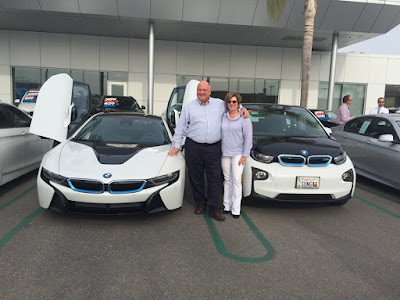 First, what are the Electronaut Twins?

In 2006, Julie and I built one of the first net zero energy homes in the nation located in Carlsbad CA, powered by solar. In 2009 we became field trial drivers of the prototype BMW Mini-E. 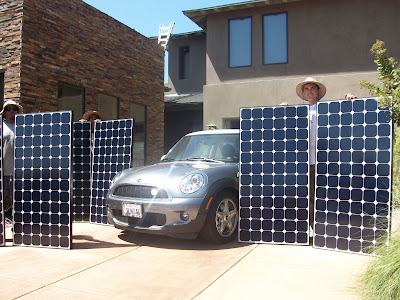 We were mesmerized about the possibility of our homes solar PV system also providing the power for the electric BMW Mini-E. Can you drive on sunshine? Can this car be a reliable everyday driver? Can this car be a great drivers car, not a soul thieving neuter-mobile? Those questions now answered by over 100,000 folks, were theoretical and mind blowing in 2006.

The BMW Mini-E although much slower than the current BMW i3, remains one of the most fun crazy quirky cars that I have ever driven. I enjoyed every one of the 35,000 miles driven in my Mini-E #183, I badly want that twitchy heavy assed mini-beast back in my garage. 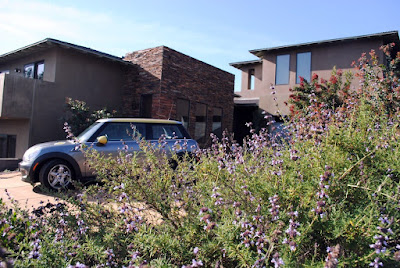 The Mini-E was followed in 2011 by a second field trail car that was a BMW 1 series glider housing the electric bits of what was to become the BMW i3. This was the BMW ActiveE. Slower, not as fun to drive (the torque twitchiness was gone,) but far more practical than the 2-seat Mini E, luxurious and sexy as hell. Between the two cars, it was five years and 70,000 miles of prototype driving. We were “lab rats” helping to define the future of electric cars for BMWi. 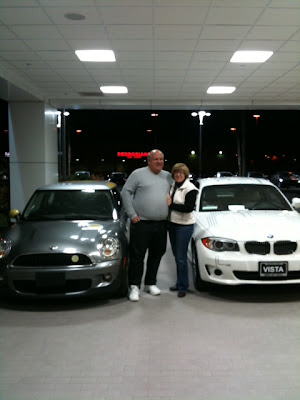 About 600 copies of each prototype were hand fabricated and released to the crazies normal people of the world including us. At the end of the field trials, 350 or so of the field trial drivers in the U.S. transitioned into the 2014 BMW i3, BMW’s first mass market electric car. 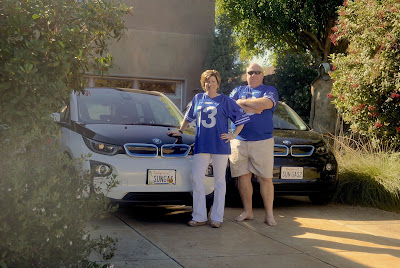 In December of 2014, the first BMW i8’s began arriving in the U.S.. I had the professional pleasure to be a key part of a weeklong BMWi certification-training program held in San Francisco a month earlier in November 2014 for over 200 dealers and client advisors.

I was prepared, on guard, for a less than hospitable reception from the BMW elites, most of who wore BMW M apparel, ensconced seasoned veterans in the upper echelons of the petrol performance world.

I was the nerdy little brother that was there to teach the older-wiser-faster hot rod brother about electric mobility, solar energy, and plugging in to the grid. Would they laugh, would they cry at what was happening to BMW?

Surprisingly at least to me, they loved it, each person was intent on learning every little detail about the cars, BMWi and their future customers. They were drooling over the carbon fiber bodies that were present and admiring the foresight and investment into the future that BMW was embarking upon. They immediately got that this was just a beginning, a platform of advancements for the next 100 years of driving. That BMWi maintained the core DNA of BMW and that the future of the brand was as bright as sunshine. Many client advisors and dealers went on to become BMW i3 and BMW i8 drivers.

During this week of mostly lectures and classroom time, we also had some track time in both the BMW i3 and the BMW i8. We were allowed to thrash the i3’s around the course in anyway we wanted, sometimes sideways or circular. We drove the BMW i3’s against the competitive set including Mercedes and Tesla, and it was clear that the lightweight, fast, carbon BMW i3 was the class of the bunch and could run for hours on the twisty track. 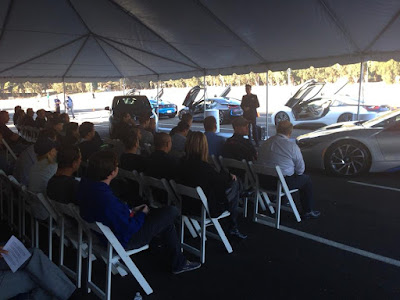 BMW had also brought to the longer course several BMW i8’s, the only ones in the country at that time. We drove these great cars on the course albeit under the watchful eyes of our masters, if one of us hit a cone we were to be water-boarded and the whole event would end for everyone.

Seeing, then driving the BMW i8 on the course at speed was my big mistake, I was happily doomed. A lunch or two later with senior BMW execs who were encouraging me to get into an i8 and the hook was firmly set. I was on the phone to Julie letting her know that I “could” be buying a BMW i8. Her response was surprising, she was excited and supportive, but insisted that it be an Electronaut Edition of the BMW i8 or nothing at all. 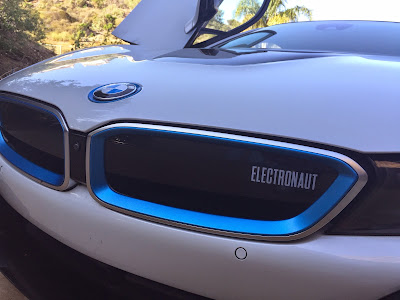 It was our journey as a couple as much as it was BMW’s journey as a car company. We had spent several years beginning with the planning of our home in 2004, marching towards sustainability goals for our home and our transportation both now intertwined; we truly believe that the ultimate premium in quality of life must include sustainability.

This was our journey of trial and development filled with fault codes, splining, Darth Maul, neutralizer, being KLE’d and the occasional tow truck or help from firefighters after a slight miscalculation in range 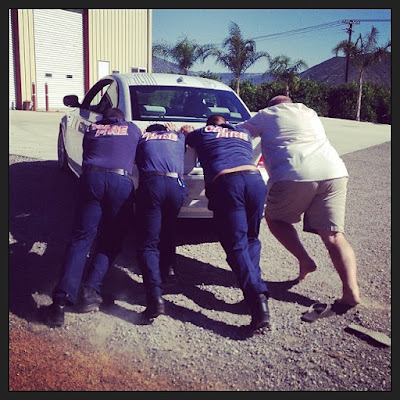 It was our pursuit along with BMW’s pursuit. We didn’t just “buy” the BMW i3’s and the BMW i8, we celebrated our journey and our efforts through the years. The twins are part of who we are and what we’ve done. What a great ride it continues to be. 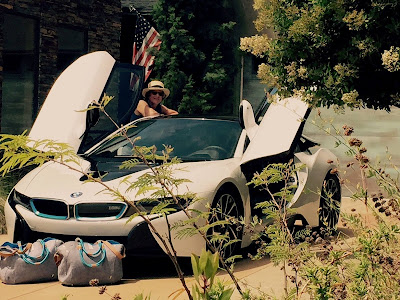 Where are we going next? The destination is unknown...The journey I can promise you, will be most excellent!